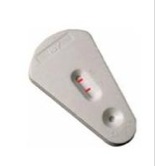 Kenyan government officials are blaming congestion at the Mombasa port for a rapid HIV instant test kit shortage that has all but put a halt to testing throughout the country.

A report in PlusNews, the global online HIV and AIDS news service of the United Nations Integrated Regional Information Networks (IRIN), says HIV/AIDS counseling and testing centers across Kenya are turning people away due to the rapid HIV instant test kit shortage.

Standard Diagnostics' Bioline® HIV 1:2 3.0 Rapid HIV Test Kit was delisted by the WHO in December, 2011

There has been no reaction from the company on its website to the WHO delisting as an approved rapid HIV instant test, however the Bioline® HIV 1/2 3.0 Rapid HIV Test Kit is still displayed as approved by the WHO on the company’s “Certification status” webpage as of January 29, 2012.

With Bioline removed as the second-step process, Uni-Gold was appointed as the the confirmatory test, with the third tie-breaking test currently utilizing the enzyme-linked immunosorbent assay (ELISA) test – requiring blood samples being sent to a laboratory adding a significantly longer period before the final result is known than with the rapid HIV instant test method.

The requirement to fill the void left by the sudden removal of an estimated one million Bioline tests from the market caught Uni-Gold’s makers by off-guard, with Mombasa port allegedly contributing to the HIV instant test kit shortage.

John Sankok, director of the Christian Missionaries Fellowship, told IRIN that until the necessary confirmatory tests arrived, HIV testing has been rationed, with what rapid HIV instant test kits that are available being prioritized for testing expectant mothers.

It’s a three-step process and no HIV testing can be done without all three rapid HIV instant tests being available, Mr Sankok told IRIN.

Nicholas Muraguri, head of the National AIDS and Sexually transmitted infections Control Programme, told IRIN congestion at Mombassa port was slowing clearances, with the situation expected “to normalize by the end of this month”. 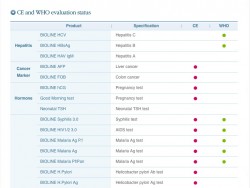 Standard Diagnostics’ Bioline® HIV 1:2 3.0 Rapid HIV Test Kit was delisted by the WHO in December, 2011