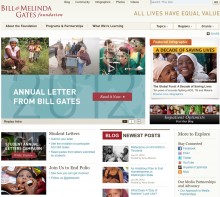 Microsoft founder and philanthropist Bill Gates, through the Bill and Melinda Gates Foundation, has thrown The Global Fund to Fight AIDS, Tuberculosis and Malaria (The Global Fund) a $750 million lifeline coinciding with the group’s 10th-anniversary.

Describing The Global Fund as one of the most “effective entities” the Gates Foundation supports, the former Silicon Valley tycoon and world’s second wealthiest man said he was disappointed at the focus on reports last year which detailed the misappropriation of some funds in Africa, saying “if you’re going to do business in Africa, you’re going to have some losses”. 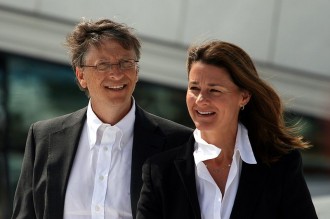 Mr Gates said it is “disappointing” to see some people focus on a “small misuse of funds. The internal checks and balances have worked in every case”.

Mr Gates said the negative publicity, together with a weak global economy, has seen donations fall, with some countries reneging on prior commitments. This saw a shortfall on projections of about $1 billion forcing it to stop funding new grants until 2014 (See: Global Fund to freeze HIV, TB, Malaria grants for two years )

The $750 million lifeline comes just two days after Global Fund executive director Dr. Michel Kazatchkine resigned following an announced restructuring of the organisation and is expected to be seen internationally as unequivocal support for the Global Fund and its work.

Since its formation 10-years ago it is estimated that Global Fund supported programs in 150 countries have seen more than 7.7 million deaths averted, more than 3.3 million people receive anti-retroviral treatment to fight HIV/AIDS, more than 8.6 million cases of TB detected and treated, and more than 5.6 million orphans cared for.

“By supporting the Global Fund, we can help to change the fortunes of the poorest countries in the world. “I can’t think of more important work,” Mr Gates said.

The Global Fund was conceived on January 28, 2002 in Davos as a international financing organization to attract and disburse funds to prevent and treat HIV and AIDS, tuberculosis and malaria. The Gates Foundation was one of The Global Fund’s first private foundation donors and provided seed money for the project.

Home Kit rapid home Malaria instant test kits are a qualitative immunochromatography-based one step in vitro screening test that detect Malaria pf and pv antigen in human blood and can be used for specific detection and differentiation of P. falciparum and P. vivax malaria.