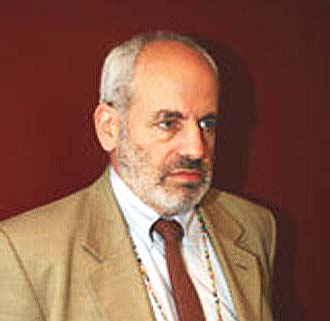 Dr Alex Wodak, head of the Alcohol and Drug Service at Sydney, NSW, St Vincent's Hospital: "we are very exposed to this risk".

A voluntary testing program inside one of Australia’s prisons in Canberra, ACT, in August found 40 per cent of prisoners testing positive for Hepatitis-C, with former prisoners, health experts and warders warning of an “epidemic” of HIV infection inside the country’s jails.

The high number of hepatitis-C infection and HIV infection is being blamed by prison staff on prisoners sharing needles, with one claiming the ACT prison system now has more dirty needles than ever before.

The alarming comments and statistic comes at a time when the ACT Government is mulling a trial needle exchange program inside ACT jails, with the trade union that represents the 10,000-plus correctional officers, the Community and Public Sector Union (CPSU), remaining firmly opposed to the program.

In an interview with the Australian ABC (Australian prisons in danger of HIV epidemic), CPSU national secretary, Nadine Flood, said other paths should be explored before a needle exchange program is trialed in ACT prisons.

Dr Wodak said: Were Australia to have an epidemic of HIV infection beginning among people who inject drugs, it is almost certain that it would begin in one of our prisons. So we are very exposed to this risk”.

Dr Wodak said opposition to the introduction of the programs is without basis and that there has been “no serious negatives that we should be worried about” as a result of these programs.

In a 2003 report that Dr Woodak co-authored, Prison-based syringe exchange programmes: a review of international research and development, the authors reported no new HIV infection, Hepatitis-B infection or Hepatitis-C infection was detected in prisons where the needle exchange programs operated.