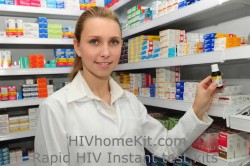 Australian building and construction industry workers will have to submit to random drug of abuse (DOA) instant drug tests (instant narcotics and alcohol testing) following a ruling by that country’s peak workplace relations tribunal, Fair Work Australia (FWA). The ruling by the full bench of FWA is binding on all building and construction industry workers and came after an employee on a road-widening project refusing to submit to DOA instant drug tests when requested to do so by his employer. The Master Builders Association of Victoria (MBAV), the local chapter of the national body which claims more than 31,000 member companies, welcomed the DOA instant drug tests decision, calling it a “landmark” workplace health and safety decision. “We’re not moving … END_OF_DOCUMENT_TOKEN_TO_BE_REPLACED