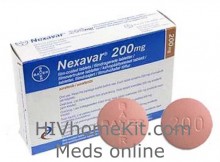 The Natco Pharma generic version of Nexavar (Sorafenib), used in the treatment of primary kidney cancer (advanced renal cell carcinoma) and advanced primary liver cancer, is expected to be up to 97 percent cheaper than the Bayer product

According to media reports the Natco Pharma generic version of Nexavar (Sorafenib) will sell for around $US175) for a 120-capsule, one-month course of treatment, compared to about $5,500 for the Bayer branded product.

The ruling will see Natco Pharma may a 6 percent royalty on net sales to Bayer quarterly, and valid until the patent on Nexavar (Sorafenib) expires in 2020.

The decision has angered Bayer, who said it will “evaluate options to defend intellectual property rights” in India.

According to Indian law a compulsory licence to manufacture a drug can be issued after three years of the grant of patent on the product, which is not available at an affordable price.

According to Indian Patent Office controller general, P H Kurian, Bayer failed to price the drug at a level that made it accessible and affordable, it also was unable to ensure that the medicine was available in sufficient quantities within India.

Mr. Kurian said the decision was substantiated by Bayer’s own admission that only 2 percent of kidney cancer and liver cancer patients were able to access the drug, due to its price, which did not constitute a “reasonably affordable” price.

Fellow Indian generic pharmaceutical manufacturer Cipla is currently embroiled in a legal battle with Bayer in the Delhi High Court, after releasing it’s own generic Nexavar (Sorafenib) last year at a cost of $560 for a one-month, 120-pill pack of Nexavar (Sorafenib).